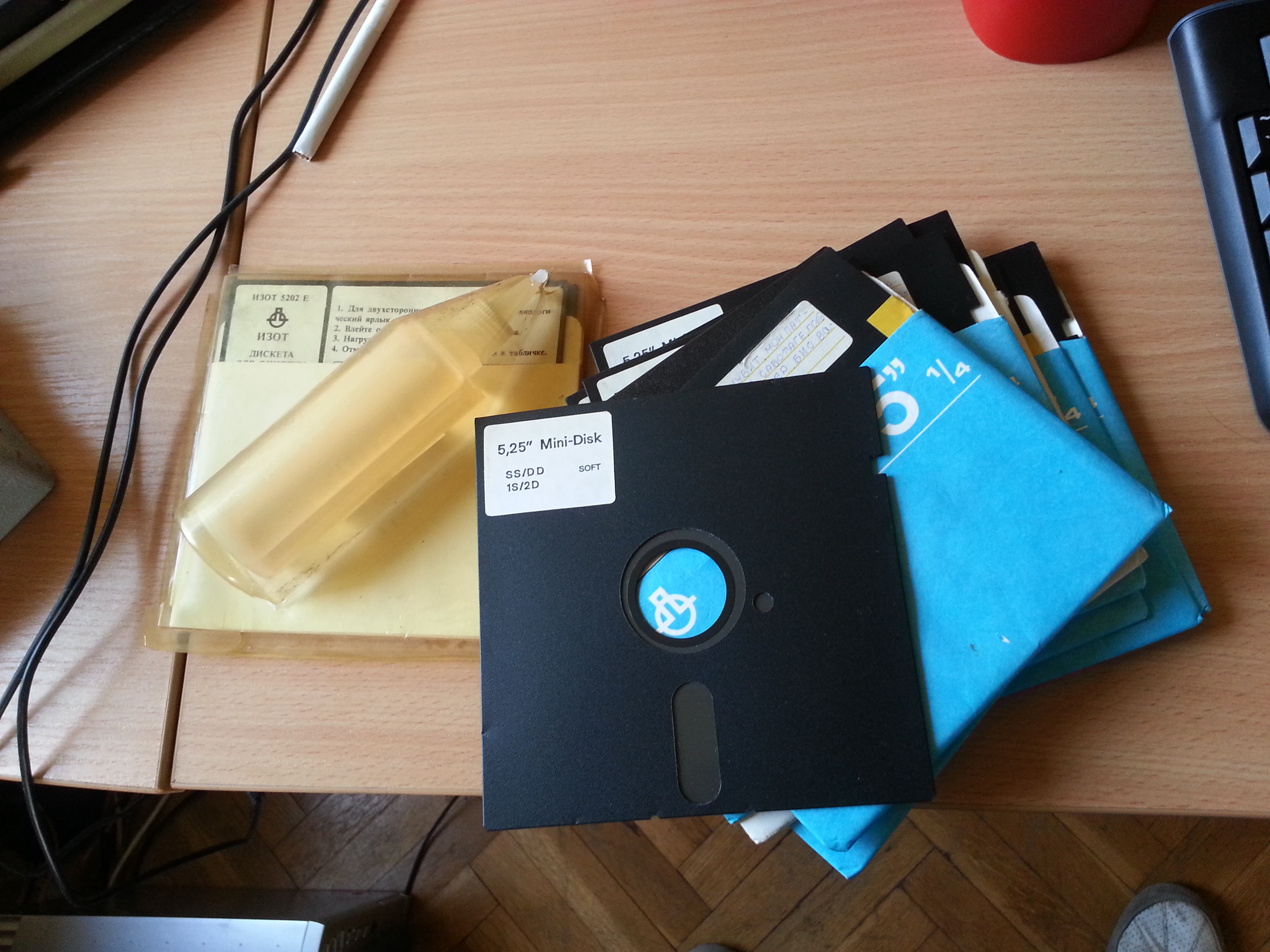 I finally got my hands on some 51/4” diskettes for the Pravetz. They are in good condition and full of old games and programs. There is also a pack of cleaning diskettes for the floppy drive. I’m still looking for more.

I’m inpatient to find a monitor, to see if this dinasour runs. 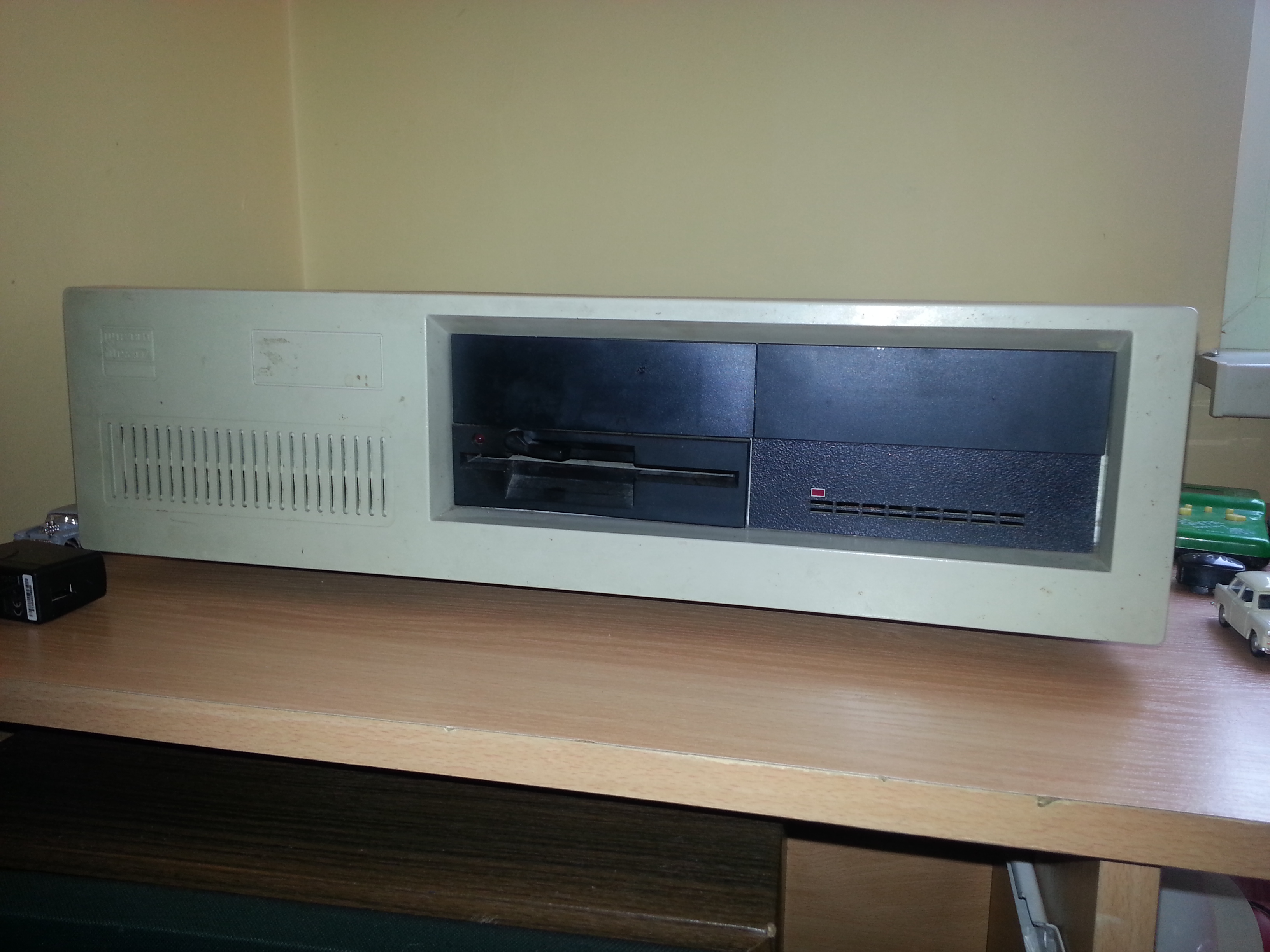 My software development career started 20 years ago. It’s sound crazy, but when I was 8, I was introduced to my first computer and Turbo Pascal.

My first computer was Pravetz-16. It was something new and interesting for me, and I was hooked immediately.

Years and technology changed, the old Pravetz died from natural causes and was thrown for recycling.

Now almost 20 years later I felt the urge to have my old computer back and stated searching.  It was hard and long search until finally I saw an ad that a scrap depot is selling an old Pravetz computer. Not wasting time I called them and brought it for 100 leva ( around 70 USD ). It was the computer only, with ought the peripherals. Before the deal  I asked them to try turning it on. They said it’s starting, so I have it delivered to me.

Except from being full of dust, dead spiders and dirt all around and with some minor hardware problems like the serial board apparently dead. This specimen was almost authentic. It’s still has all the marks from the factory and even a warranty card and instruction manual for the floppy disk.

From the warranty card I found out that this PC was one of the last produced before the collapse of the communist regime in Bulgaria. The production date is 12.12.1989 and it’s apparently the turbo version with the following specs:

It took me 7 hours to disassemble the PC, clean it screw by scree and put it back together. Every non electrical part was washed and the electrical ones were cleaned with alcohol solution and an old tooth brush. The old Pravetz now shines as new.

I also found a keyboard yesterday, and ordered a pile of floppy disks. They should be here soon.

Now I’m looking for a CGA monitor, to be finally able to turn it on and see will it boot. Meanwhile the keyboard will be disassembled and cleaned.