Why (feel free to skip) 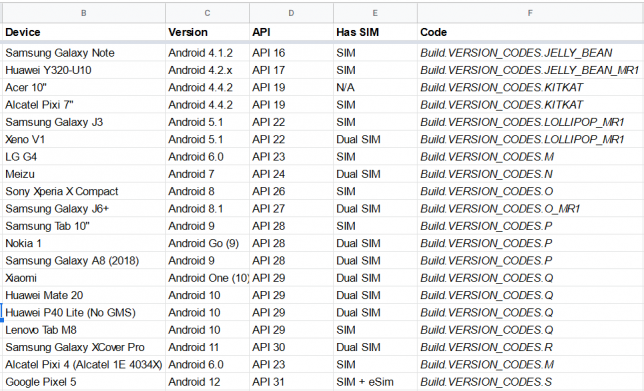 When prepping release for an app, all test cases for that particular app are performed on each device. For each Android version I keep track of active installs and user rating. Applying that data in the test scenario. This helps me focus more on particular set of for ex. unhappy users running specific OS version.

Below is a screenshot of a test scenario for one of my apps: GSM Signal Monitor & SIM Card Info. 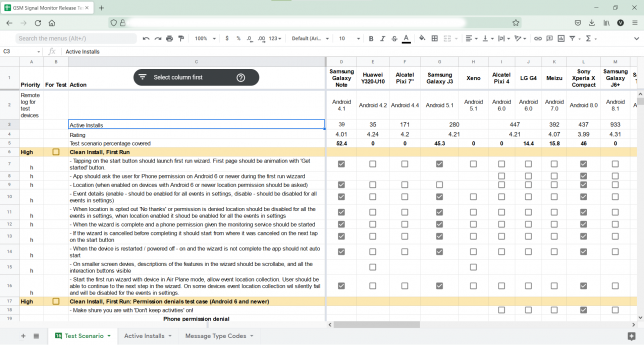 Each Android version has number of active installs and rating. Going to Google Play Store dev console and collecting this information by hand is somehow tedious job, so I decided to automate it using ‘Google Cloud Storage Util‘ and a bit of Windows PowerShell scripting.

Our task is to fetch Google Play store monthly reports for app installs and ratings by OS version, filter them and get data that can easily be copy pasted in the ‘Active Installs‘ tab of the test scenario.

Google Play reports, beside dev console can also be accessed via Google Cloud Storage bucket associated with your developer account. You can go to “Download reports”, pick the report type you want and select “Copy Cloud Storage URI” next to it.

where < bucket_id > will be your actual developer account cloud storage bucket. Remember this bucket id. We will be using it later.

Google provides GSUtil for using cloud storage from the command line. Head over to https://cloud.google.com/storage/docs/gsutil_install#expandable-1 and follow the installation instructions.

We will be utilizing the gsutil.cmd assuming that the script is available in system PATH.

Next we need to authorize gsutil to access our cloud storage data. Follow the instructions on how to Authenticate stand-alone gsutil. For ‘project-id’ use the project ID of the app you want to get reports for. I’m interested in retrieving reports for GSM Signal Monitor & SIM Card Info app so I will be using it’s Cloud Storage project id.

If everything is setup correctly, opening command prompt and typing “gsutil help” should produce result similar to the screenshot below:

Script below will fetch installs and ratings reports from Google Play for specific app for the current month. Will get the last date available in the install report, filter both install and rating reports by ‘last available date’ and strip the reports from rows / columns we are not interested in. It will iterate over the active installs and will try to match installs with the ratings.

Replace $bucketId and $appPackageName with your cloud storage bucket id and your app package name.

Reports fetched from Google Play and the final output will be saved in the current working directory.

Upon execution you will get a report for your app active users/ratings by Android version, based on the data for the last date available in the install report nicely opened in your default text editor.

P.S: Enable column selection mode in Notepad++ to get only the numbers. Use the arrow keys or your mouse while holding Shift + Alt.

P.S1: More info on how to retrieve various reports with gsutil here.

Feel free to modify the script to suit your reporting needs 🙂

First launch the Terminal app, located in the Utilities folder under Applications, or just hit Cmd + Space and type “Terminal“.

Type (copy & paste) the command below:

Your Dock will now be new as the day it shipped. You are free to mess it up again 🙂