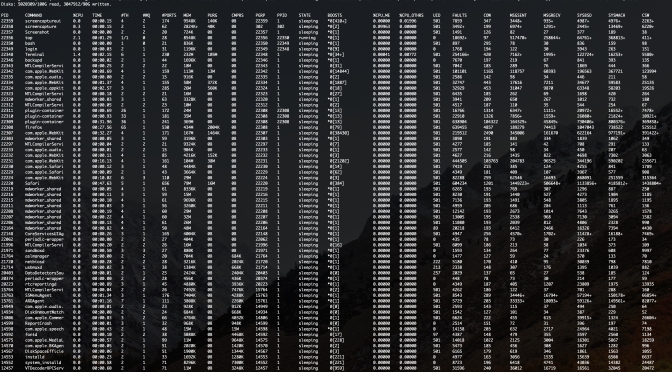 After the installation of the proprietary NVidia graphics drivers on Ubuntu, Debian or Linux Mint your console screen resolution will be messed up. As a developer I use the frame buffer console from time to time and I need it at the resolution of my primary monitor (1680×1050). To address the problem (as it’s almost always with GNU/Linux) we need to edit some configuration files and issue some commands.

First start Konsole or other terminal emulator, login as root by typing:

Using vim, nano or your favourite command line text editor, open /etc/grub.d/00_header. In the example below we are using Vim.

Search for “set gfxmode=${GRUB_GFXMODE}” and below that line add

Save and close the file.

Reboot your system and at the Grub2 screen press ‘C’ and type ‘vbeinfo‘. Take a note on the supported frame buffer resolution and choose the one you like. In my case the chosen resolution was 1680x1050x32. Type ‘exit‘ or reboot your system from the restart button.

Start GNU/Linux again, start a terminal emulator, login as root (by typing su) and open “/etc/default/grub“. Uncomment the line “GRUB_GFXMODE=640×480“, change the value after the = sign to the previously chosen screen resolution. In my case:

and add the following line below:

Save and close the file.

Reboot your system. You should now have a frame buffer console with a decent screen resolution.

In order to maintain higher security level and keep the user from accidental breakage of the system the root user log in is disabled by default. To enable it, open a terminal window and type:

you will be prompted to enter the root user password. When done press enter.

That’s it. Now you can work from the command line like super user.

In order to optimize cost and ease the maintenance we gradually started replacing our employees desktop PC’s with thin clients. Provider of choice was NComputing.

So far so good, the devices are great, combined with our VMWare visualization infrastructure. We are able to support up to 30 clients on Windows Server 2008 R2 x64 with ought any noticeable lag, some of them even playing videos. Something according to my research NComputing do better than the rest of the competition.

But not everything is bells and wishes. Excluding the fact that they still doesn’t support Windows 7 SP1 and Server 2008 SP1, they claim that this devices work with GNU/Linux in general. The only distribution they support is Ubuntu 10.04 LTS. I mean only Ubuntu, not even Kubuntu 10.04 LTS ,kernel 2.6.32 and GDM only. Also their GNU/Linux version of the software is not future rich as the Windows counterpart. Some examples include that when by some reason you are disconnected from your session you can’t reconnect back to it and new one is started, forcing the administrator to log you out from the server.

At first why we need GNU/Linux support? We are members of Free Technology Academy, and we are about to start courses soon, teaching people who are interested on various aspects of the Free Software.

After some hacking I was able to instal their software on OpenSUSE 11.4 x64, by the means of converting the provided .deb packages to rpm’s using alien, downgrading the kernel to 2.6.32, installing GDM, satisfying dependencies and some other dirty hacks. The result was that the client was able to see the server but hangs on attempt to connect.

I will post the exact procedure some time later. Maybe someone can complete the hack?

After day and half trying I contacted their technical support and provided them with as much details as possible, also asking them some questions about their future plans on supporting GNU/Linux, offering them some help also. Their support is terrible, it’s now day 3 and there is no reply from them.

If they can’t help me, I plan to use LTSP, with some old PS’s as terminals, maybe convincing my boss of buying LTSP thin clients.

This is another example of how dependent you are when you don’t have the source code or the device hardware spec, and a proof that open source hardware and software is the better alternative and future.

So, when you say you support GNU/Linux, support it in all of it shapes and forms, and remember that Ubuntu is not the only GNU/Linux distribution out there, or at least when you support only Ubuntu, say “we are supporting Ubuntu” not Linux in general.