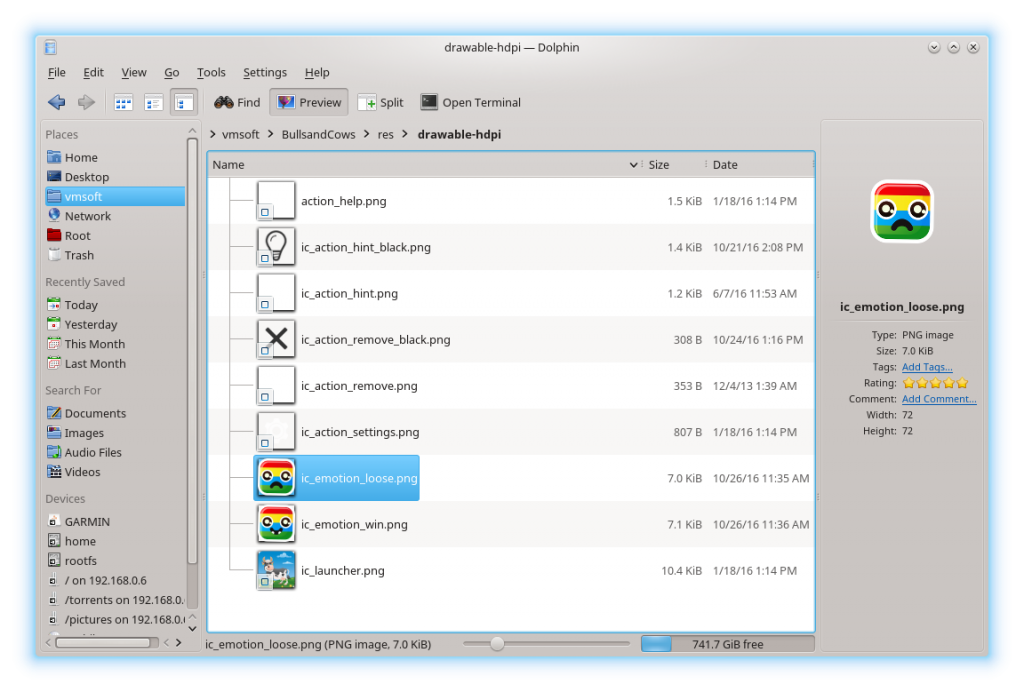 One thing that was not working with my Gentoo installation was the information for image dimensions (and image data in general) in Dolphin. The resolution is to rebuild Dolphin with the semantic-desktop use flag turned on.

I thing that this flag should be on by default when building a system with KDE desktop profile or at least mentioned somewhere in the Gentoo wiki.

Lately one of my LCD monitors was doing some strange things, like loud buzzing noises when turning on, to screen flashing and going completely black. I through it was a time for a new one, because this LCD was manufactured way back in 2007.

Being on a tight indie game developer budget it is not the right time for a replacement, so consulting google about the problem revealed some clues varying from opening the monitor and putting epoxy around the capacitors to changing the refresh rate of the monitor.

Changing the refresh rate from 75Hz to 60Hz and muting the build in speakers fixed the problem for me.

I hope that this solution will last at least until releasing my next game, which if successful will help me put aside some money for replacing my 3 monitor setup (all 3 manufactured 2007.) with 3 Dell U2415 monitors 🙂

I recently installed Gentoo GNU/Linux + KDE 5 on my dev machine. One thing that was bugging me was the crappy font rendering in NetBeans.

To relolve the problem, locate your netbeans.conf file. Usually under /etc in your NetBeans installation folder, and append to netbeans_default_options the follwing:

This will enable font smoothing in SWING and use default system settings for font smoothing. The last entry –laf Metal sets the preferred UI theme for the IDE, it should be Swing based theme such as Metal or Numbus.

Version 1.5 Change Log
* New app visual style
* Compatibility with Android 5.x and up
* Fixed bug when clicking over the app notification in the notification area
* GSM Signal monitor will now log (optional) information when the phone is entering roaming state and changes in your mobile data connectivity.
* Fixed bug when no notifications will be made on some devices
* New Google play services version

This is the best ‘Alien Swarm’ release to date. Featuring Facebook and Google+ share integration, so you can share your experience with friends and family. Sound and performance improvements, few bug fixes and more. Check it out!