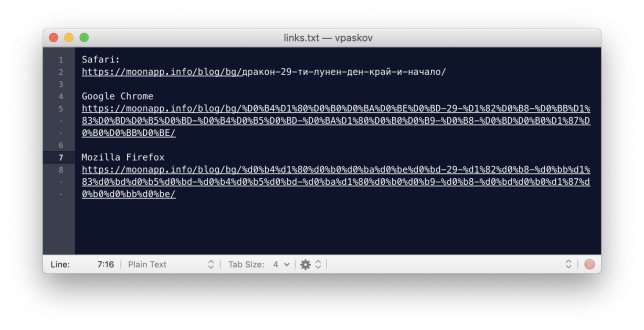 If you liked this article and think it is useful use the buttons below.

1 thought on “Copying Cyrillic URLs in Google Chrome and Firefox”